HomeBlogAppalachian Trail On The Rise

Backpackers.com — It may be a trend you’ve noticed — the Appalachian Trail (AT) is becoming a household name, and thru-hiking the 2,000 miles is more popular than ever before. As a purveyor of all things backpacking, this news is welcome and invigorating to us at Backpackers.

There are a number of factors that go into the rise of the AT in the minds and hearts (and resolutions) of Americans. 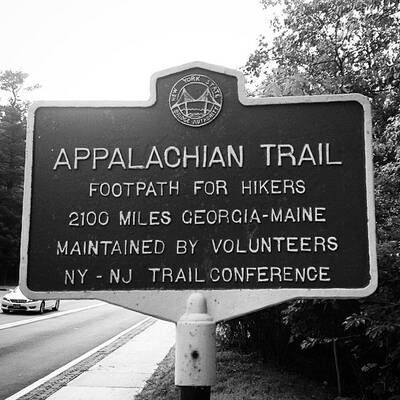 The first and most obvious: Hollywood. In the last two years two movies came out, “A Walk in the Woods” and “Wild.” Both of them are about thru-hiking journeys, both are based on books, and both have seriously increased the level of perception and participation in the hiking world.

The Appalachian Trail Conservancy (ATC) — the organization dedicated to maintaining the AT — states,

“This year the ATC has seen not only a significant increase in the amount of long-distance hikers who stop at the Visitor Center to be photographed, but also an increase in visitation overall. Since the release of ‘A Walk in the Woods’ on Sept. 2, the number of visitors at the Center has increased more than 50 percent.”

And while “Wild” depicts the Pacific Crest Trail, the conflux of both movies has led to a broader increase in hiking, backpacking, and simply the concept that more people would “like” to do that.

The second biggest factor in thru-hiking and the AT becoming common is an influx of studies that show just how healthy being outside is. National Geographic published this in-depth analysis of cognitive psychologist David Strayer’s journey to the center of our brain, on nature:

“When we slow down, stop the busywork, and take in beautiful natural surroundings, not only do we feel restored, but our mental performance improves too. Strayer has demonstrated as much with a group of Outward Bound participants, who performed 50 percent better on creative problem-solving tasks after three days of wilderness backpacking.”

The article is far-reaching (so, read it), and highlights humankind’s history with nature, focus, and happiness. 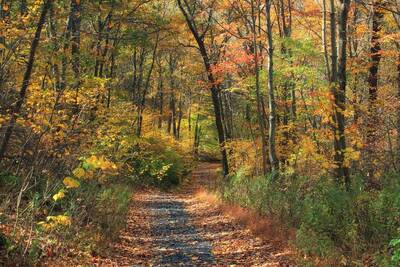 When talking about adults recognizing wilderness as special, we tend to think of rationalization and energy. Then there are children. In this article by Ben Fogle in The Guardian the topic is children, and how they need more stress-free environments outdoors, and way less standardized tests.

To you and me that sounds amazing — actually, who wouldn’t want that? That’s part of the point. But, of course, there are statistics to back up just how much children need to be outside.

The cultural realization that the outdoors is actually a sacred space for growth, true learning, and the building of a complete self is huge. Massive. It really, truly matters.

The ATC has released two articles that highlight important sets of data from 2015. The first is that the ATC saw a record breaking number of hikers embarking on the AT this year. The traditional route — Georgia to Maine, also called “northbound” — saw a 9 percent increase from the previous year. The less traditional thru-hike — southbound, from Maine to Georgia — increased by 14 percent. Finally,

“The number of those who choose to thru-hike the A.T. in an alternative, non-contiguous way that disperses use has increased dramatically … [by] 139 percent.”

In these three metrics the ATC saw 1,868 people pass through Harpers Ferry, the traditional midway point for thru-hikers. 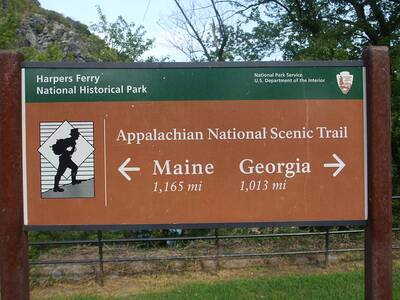 Zach David, the editor-in-chief at AppalachianTrials.com, has an article chalk full of statistics on the AT, which is fascinating in its own right. (For instance, did you know 99 percent of the actual trail has been altered since its founding in 1936?) One stat shows the percentage rise over the last 80 years:

“78: The percent increase in 2,000 milers in the 21st vs. the 20th century per the ATC. Due to the skyrocketing popularity of the AT and thru-hiking in general, the number of 2,000 milers, ‘a hiker who has walked the entire length of the Appalachian Trail,’ over the last 15 years will likely double that of the previous 63 years.”

The second article with loads of statistics is how many volunteer hours were put into the trail in 2015. Last year was recorded as having the highest number of volunteer hours on record. In total, 6,827 volunteers reported roughly 272,477 hours dedicated to the maintenance, education, and outreach of the Appalachian Trail for hikers.

That’s great. It’s actually kind of incredible. That time is equivalent to 131 full time workers — a decently sized business — and was provided by the kindness of nature lovers.

With that said, such things do not come easy. The ATC has created a hashtag campaign — #ProtectYourTrail — to continue outreach for the maintenance of the Appalachian Trail. “A Walk in the Woods” producer (and lead actor) Robert Redford made this short video dedicated to protecting the Appalachian Trail, and trails throughout the U.S.

Whether or not the movie was good (not so good) is not important. The trail is important. For us, but for itself. There is a legacy in the United States of the sanctity of nature. The Appalachian Trail holds the title of “the longest hiking-only footpath in the world,” and remains the first thru-hike in America.

You can support the trail by donating to the ATC, or getting involved. Become a volunteer or, if you’re not in one of the 13 states (!) the AT runs through, get involved in a National Park or State Park in your local area.

We must protect the woods to find peace in them. It’s as simple as that.

For those interested in actually hiking the AT, or parts of it, there are a huge number of resources. Here are a few of the best:

Appalachian Trail on the rise? We think so. Time to get outside.