HomeBlogCost Of A Thru Hike Pacific Crest Trail

Backpackers.com — The cost of a thru-hike  is a reality. If you’re gone the three-six months it takes for the full trail, you’re not only going to have to save well in advance, but you’ll probably have to quit your job (unless you’re really lucky, of course). To make that calculation easier, we found an incredible (and recent) article by Jill and RT, a couple that just finished their thru-hike of the Pacific Crest Trail. They blogged about the experience during and after.

We got in touch with Jill and “RT” (Arthur McMahon) to paint a fuller picture of the financial reality of a thru-hike today. One of the standout things RT said was, “We had a tough time in our research in finding information about thru-hiking as a couple and any real monetary numbers or discussion.” 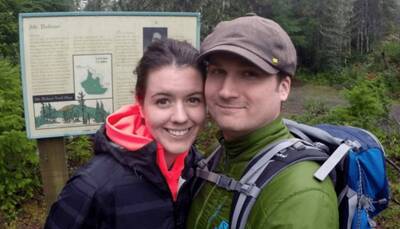 So, this serves as a clear guide, at least from their perspective.

The Cost of a Thru-Hike

The most basic answer to the question, “How much does it cost to do a thru-hike,” is $5,000 for six months per person. Jill and RT searched the web, polled Facebook, and found most estimates to be in that ballpark. Jill says in the original post,

“That number can vary wildly with factors such as how much gear you already own, how many off trail expenses you are paying, and how much you are willing to spend in towns. Five thousand was the most common number thrown around for a comfortable hike.”

The total amount RT and Jill spent on and during the thru-hike was $13,927, which comes out to $6,986 per person, almost two grand each over the general estimate. 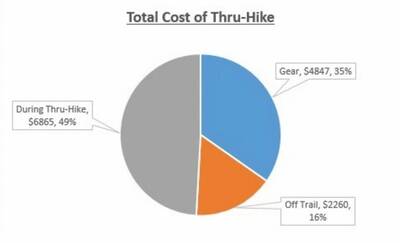 As their original blog post states, a large factor in that cost was gear. They had precisely zero gear before the trip, and spent $4,847 acquiring everything they would need for the hike. You can find their gear breakdown to get a better sense of how they got to that number, but (from our perspective) these were not frivolous or overly expensive purchases.

Another large factor in that overall cost was off trail expenses, like cell phone bills and student loans. Again, not something everyone will have, but one of the best things about Jill and RT’s cost analysis is that it does include (and show) these expenses. A thru-hike can’t exist in a vacuum, and no matter who you are, you have a life outside of the trail.

As Jill states in the post, if they only included expenses incurred while on the trail (let’s say they had every piece of gear and no loans, bills, etc.), they would have spent $3,432 per person during the 6 months, well under the $5,000 general estimate. 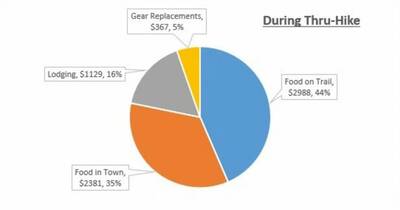 Clearly, this sort of meticulous analysis in the aftermath means a well-organized life before and during their thru-hike. Such detailed planning is perhaps not necessary, but if you approach life (and any major endeavor) with a plan, it will usually end up better. Jill and RT embody that mentality. They spent a solid two years planning their lives around this trip.

RT says of that period of life,

“We spent roughly two years planning and saving for the hike … Together we made a decent income in the expensive San Francisco Bay Area. We moved into a modest apartment and, instead of spending our free time going into the city and staying out at night, we hiked the nearby parks and stayed in, cooking our own meals, and watched Netflix.”

“I saved $17,000, not counting the cost for gear. I had a well paying job and we reduced our cost of living wherever we could to save money. We planned on spending $5,000 each on the trail for six months, and it came out to less than $4,000 each…

I knew that we wouldn’t be employed when we finished, so we needed to have as large of a cushion as we could get. Once we were on trail we tried to make good decisions about food and lodging. I don’t think we ever passed up on a meal in town, but when we were looking for lodging we would go for the cheaper options — splitting rooms with other hikers or staying in hostels rather than hotels.”

This brings up another huge aspect of thru-hiking. Staying in town, and getting meals in town. As you can see in the pie charts above, lodgings and restaurant meals were a large expense for Jill and RT. This becomes more about preference, willpower, and what you want out of your hike. If you refused to eat at restaurants, using the hiker’s box and care packages, you could spend a lot less. 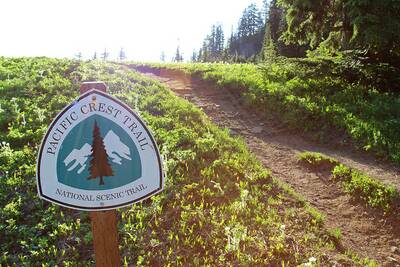 But, RT said, “We did not carry a stove for the entire hike, so our food options were limited to ready-to-eat items and rehydratable food.”

This can lead to a serious desire for warm food whenever you’re near it, which leads to more in-town meals. Jill says,

“We always ate in town on a nearo (typically a day with less than 10 miles of hiking, near or into town) — either breakfast before we left or breakfast and lunch or however much we could stuff ourselves with before we got back on trail.”

Both of them agreed they would, in the future, spend less on lodgings. RT says,

“If we did it again, the one place we would save money would be lodging. We stayed at a motel in nearly every Southern California town. It was a difficult transition, leaving our comfortable apartment home to go and sleep on the trail every night, and so we spent money on motels where we could. By the time we made it to Northern California we found ourselves feeling more comfortable sleeping in the wilderness than in towns, and from then on we spent much less money on lodging. I don’t think we would rely on motels much ever again on future hikes.”

We wanted to get further into the specifics of on-trail expenses — namely, food. Food is really the only major expense once you’re out on the trail. Gear replacement is a possible expense, and those pesky bills, but if you’ve planned that into your budget then food becomes the biggest variable number when thru-hiking.

So we asked Jill and RT specifically about their food. This serves as one good method of food (everyone is different, obviously, and has different needs). Keep in mind they had no stove, so you’re setup would change significantly with a stove.

A common daily food plan for me consisted of: A Clif Bar for breakfast, a Clif Bar for snack, a packet of Idahoan with cheese and chips or Ramen with rehydrated vegetables for lunch, a Clif Bar for a second snack, a couple rehydrated-refried-bean and cheese burritos for dinner, and instant pudding for dessert.

That was my typical hiker food, though I would carry many delicious things out of town to supplement or replace my standard hiker fare. I commonly carried out pastries for breakfast, chips, crackers, and cookies for snacks, avocados and lunch meats for meals, and cookies for dessert. We would also raid hiker boxes for rehydratable meals. The only food I grew tired of on the hike was peanut butter.

Jill’s food regimen was much the same. Each ate about three Clif Bars a day, and lunch and dinner were almost identitcal meals. Jill estimates they spent about $10.90 a day per person on the trail. She said people usually estimate $10 a day, so they were close to that mark. So many meals in town increased that cost by almost a dollar, but it’s a great place to budget your costs.

The pun above is intended. Jill and RT didn’t just budget for the thru-hike, they budgeted for the six months after the hike. They’re in the fourth month of that budget, and Jill is starting a new job in April. RT says of the amount spent, and of the experience,

“Since we saved enough money, we were able to fully enjoy the trail exactly as we wanted to. We had comfortable gear and we were able to gorge on town food as much as we needed to.”

In the end, it’s all about your comfort level, and what you expect out of the trip. The above is a great guide to getting that ballpark figure, and seeing how two individuals managed the trip as a couple with clear expenses. We’ll do a fuller feature interview with Jill and RT on their Pacific Crest Trail experience (cost is about the least fun aspect of a thru-hike), so stay tuned for that. For now, you can follow their adventures via Instagram.

Planning, more than anything, seems to be the most important factor. Good luck.