Backpackers.com — The backpacking community is not, necessarily, the most media oriented group in the world. We tend to leave the loud noises of popular culture, flocking instead to the last reserves of our original home: the mountains and forests and wild open lands of beauty.

So it was a bit of a surprise for us at Backpackers to hear Leonardo DiCaprio, who won Best Actor for his role in “The Revenant” last night, February 28, 2016, speak clearly of the environemental crisis at hand. After the traditional thanking of cast and crew, DiCaprio moved into the importance of climate change. He said,

“Making The Revenant was about man’s relationship to the natural world. A world that we collectively felt in 2015 as the hottest year in recorded history. Our production needed to move to the southern tip of this planet just to be able to find snow. Climate change is real, it is happening right now. It is the most urgent threat facing our entire species, and we need to work collectively together and stop procrastinating. We need to support leaders around the world who do not speak for the big polluters, but who speak for all of humanity, for the indigenous people of the world, for the billions and billions of underprivileged people out there who would be most affected by this. For our children’s children, and for those people out there whose voices have been drowned out by the politics of greed.” 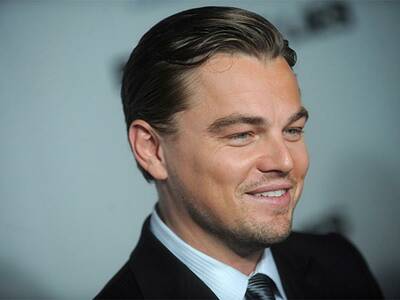 Whether or not action inciting speeches at the Oscars invokes significant change, it is a large stage and many people will hear (or have heard) these words. They are important words, and directly influence everybody’s life, but especially those of us who venture into nature so often. We wanted to dive a bit further into Leonardo DiCaprio, the environmentalist. About his fight against climate change, and for his preservation of natural lands.

The LDF is the organization that spearheads environmental projects, led by DiCaprio and a full team of activists. It was founded in 1998 by Leo, when he was 24. As the website states, since 2010, the LDF has awarded “$30 million … to fund 78 high-impact projects in more than 44 countries across South-East Asia, Central Asia, Africa, North, Central and South America, the Eastern Pacific, the Arctic, Antarctica, the South Pacific, and the Indian Ocean.”

The projects are broken up into four distinct categories: oceans, forest, wildlife, climate. In our estimation those are pretty huge categories, and have a tendency to overlap often. A couple of these recent projects caught our attention, for their dedication to preserving land, and because of the diversity of life they support.

This project consisted of securing protection for 30 Hills, a section of forest in Sumatra that is home to tigers, orangutans, and elephants, among a host of other diverse biological entities. Much of the Sumatran forest (half, actually) has been logged, and many organizations are now fighting to save the rest of it.

The LDF participates in this project with other organizations, and states of the achievement:

“This work resulted in a landmark success — securing a long-term lease from the government of Indonesia to manage a key part of the forest in Bukit Tigapuluh, or 30 Hills, named for the undulating forest landscape that has historically protected it from deforestation.”

The land will be managed by World Wildlife Fund (WWF), The Orangutan Project (TOP) and Frankfurt Zoological Society (FZS). Together these organizations will focus on conservation and business enterprise, working with the local community to manage the now protected 100,000 acres of forest.

This project is supported by the LDF, who provides funding for SavingSpecies, an organization that leads the on-site restoration of biodiverse zones in Brazil’s Atlantic forest (among other places). This forest, known as Mata Atlântica, is one of the most destroyed forests in the world. Originally over 1.2 million square kilometers, roughly 90% of the forest has been logged, and today only 100,000 square kilometers remain, and in small patches. 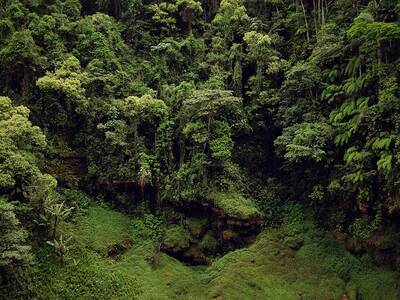 SavingSpecies’s goal is to acquire land through purchasing it in order to the stop the deforestation, which is still occurring. It is doing this to save rare wildlife areas, because Mata Atlântica, due to its former size and unique location (near to, but not the same as the Amazon and other tropical rainforests), harbors rare life that can’t be seen anywhere else on the planet. Much of this life, as the LDF states, is small — not your typical large press animals like elephants and tigers. Still, the life in Mata Atlântica is valuable, and without conservation it will perish.

In our own backyard, the LDF is a supporter of a coalition of 37 organizations that support the rehabilitation of wolves in the wild. Providing sustainable habitats for the wolves along the Pacific Northwest of the U.S., from Northern California all the way into Washington, is the ongoing goal.

The Pacific Wolf Coalition was founded in 2012. It has four main goals in terms of wolf restoration to the land:

As you can see, each of these efforts by the LDF is a comprehensive goal, supporting both the land, the animals upon the land, and even human’s role with those animals and in nature. We’ve highlighted forest-based projects, but the LDF has a huge number of marine projects, and of course contributes to climate change efforts.

Having founded this organization when he was 24, Leo has taken this calling seriously since youth. His fame has been used to increase followers and supporters of the LDF, and therefore awareness of these important issues. His Instagram feed is almost entirely about environmental activities. For instance, this regram of the recent National Monument declaration by President Obama:

#Regram #RG @whitehouse: Hey everyone, it’s @USInterior here! President Obama just designated three new National Monuments—ensuring that Americans can enjoy the unique beauty of the California desert for generations to come, and to celebrate, we’ll be taking over the White House Instagram account. Here’s a gorgeous pic of one of these brand new national monuments: #MojaveTrails. Mojave Trails is home to a stunning mosaic of rugged mountain ranges, ancient lava flows and spectacular sand dunes. Follow along for more incredible views of the public lands that President Obama has protected for future generations. Photo by Bob Wick, @mypubliclands. #FindYourPark

It is always interesting to see where celebrity and fame land in the field of humanitarianism. The LDF is a decades long fight for restoring and saving this planet, a goal we could not support more. Leonardo DiCaprio will continue to inspire, both on and off stage.