Backpackers — The Find Your Park movement is charging ahead full steam this year, as it should be. 2016 marks the 100-year anniversary of the National Parks in the U.S., and there are a host of films, documentaries, movements, clean-ups, and organizational efforts taking place all over the country.

We had the pleasure of seeing a new entry in the Find Your Park movement — West of the West: Tales from California’s Channel Islands. The entire project is composed of three documentary films, each an hour long, that deal with specific events, stories, and history of the eight Channel Islands that make up the Channel Islands National Park. Here’s the trailer for the film:

As the film is quick to recognize, very few people know anything about the Channel Islands. Like, for instance, that there are eight of them. Or that native peoples lived on the islands over 10,000 years ago. Or that the first European explorer to touch down on what would become U.S. soil was Juan Rodriguez Cabrillo in 1542, setting foot in San Diego and the southern Channel Islands (not Columbus or settlers in Jamestown and Plymouth Rock). Or that the “Island of the Blue Dolphins” by Scott O’Dell is a true-ish story based on a woman who lived on San Nicholas, one of these islands.

The list goes on. Home to archeological finds that changed our understanding of man, geological studies that shifted our view of plate tectonics, a rich history of native traditions, a rare and unique wildlife, epic shipwrecks, and popular patrons like author T.C. Boyle and The Eagles musician Joe Walsh, the Channel Islands are a fascinating place that make for a fascinating documentary. 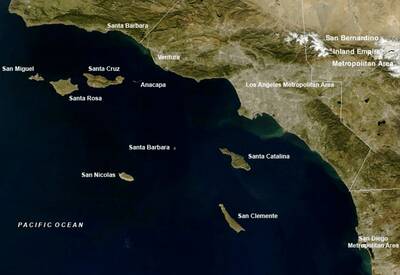 The world-wide debut of the film was screened March 5, 2016 at the Arlington Theater in Santa Barbara, and each hour-long segment will appear on PBS in California between April and August of 2016. You can purchase the DVD of the entire documentary for $14.95 via The Channel Islands Film, watch it on cable as they air, or likely stream it via PBS at certain intervals over the coming month.

Each hour-long segment of the documentary deals with a specific period of time and general history of the Channel Islands during that time.

The first segment is titled “First People,” and tells a collection of stories about the origins of people on these islands. Interviews with archeologists, geologists, descendants of Chumash elders, and prominent historians capture a timeline of the events on these islands, diving deeply into individual stories to illuminate the past.

The second segment is titled “Settlers,” and dives into four unique stories about habitation on different islands, the most well-known being Catalina, which was once owned by the bubble-gum magnate William Wrigley Jr. We also learn of the history of shipwrecks, and how ranching began and ended on Santa Rosa island.

The final segment is titled “Return,” and brings to light the recent happenings on the Channel Islands. We learn about T.C. Boyle’s fascination with the islands, and how rock-star and Eagles guitarist Joe Walsh came to be the President of the Santa Cruz Island Foundation.

The last story in the “Return” segment is about the Chumash re-learning how to build the tomol, the ships they used to cross from the Channel Islands to the mainland. Now there are annual shipbuilding and sailing rituals. 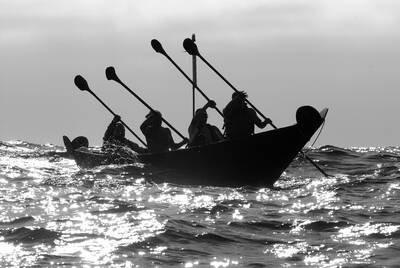 The stories, 14 in total through the three segments, are told with clarity and a plethora of in-depth interviews. You also get raw and splendid footage from the Channel Islands themselves, which few people have ever set foot on. The filmmakers says they shot over 80 hours to make the documentary, and there is no shortage of fascinating content.

The website for the film is full of engaging content, but for those interested in learning about a National Park that’s farther west than the golden California coast, make sure to see or buy West of the West.