HomeBlogSave The Boundary Waters Environmental Exploration Of The Cause

Backpackers.com — The Boundary Waters Canoe Wilderness Area sits inside the Superior National Forest in northeastern Minnesota and consists of a million acres of wilderness. With 1,200 miles of interconnected lakes, rivers, streams, and other waterways, it serves as the most visited wilderness area in the United States — over 250,000 visitors come each year to explore the Boundary Waters.

And, like so many other vital environmental issues, many say the Boundary Waters are under threat. For over a decade there has been a proposal by PolyMet Mining, Inc. to “develop the NorthMet copper-nickel-platinum group elements (PGE) mine and associated processing facilities in northeastern Minnesota.”

The sulfide mine by PolyMet is just one proposal. There have been dozens of companies looking to mine in the area, which is rich with sulfites and other minerals. PolyMet is the furthest along in the process, and if its proposal ever strikes ground, it will lead the way for many others.

Save the Boundary Waters is a campaign dedicated to preserving America’s most visited Wilderness Area.

Save the Boundary Waters

Save the Boundary Waters’ message is clear — no new mining anywhere near the Boundary Waters. At all. The waterways are some of the most pure in the U.S., and a mining project will inherently run the risk of serious water pollution. This would be a detriment to the natural environment of the area, and due to those 1,200 acres of connected waterways, pollution could spread far beyond the initial mining site.

Save the Boundary Waters made a video detailing all of these points:

The biggest public advocates for Save the Boundary Waters are Amy and Dave Freeman, two professional explorers that call this area home. In 2014 Dave and Amy embarked on a 2,000 mile water-based mission — Paddle to D.C. They canoed and sailed from Ely, Minnesota (the bastion of the outdoor movement to save Boundary Waters) to Washington, D.C. The canoe they traveled on served as the petition — Amy and Dave spoke at many events during the trip, and garnered thousands of signatures in support of their cause.

Here’s a video detailing the whole of that experience:

This trip helped to make Amy and Dave National Geographic’s Adventurers of the Year in 2014, but has not stopped their protest of the mining efforts near the Boundary Waters. On the heels of the 2,000 mile barge, the couple pledged to spend an entire year — every day for 365 days — in the Boundary Waters Canoe Wilderness. This began on September 23, 2015, and will continue until September 23, 2016.

A Year in the Wilderness pits the two environmental activists once more against corporations, government agencies, and many individuals within the state of Minnesota.

While the fight for the Boundary Waters holds the true idealism of environmental protection in mind, many organizations, individuals, and government agencies are in support of some version of mining. 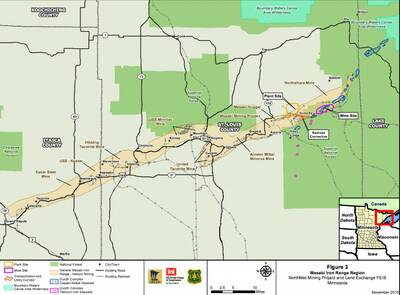 The Final EIS (FEIS) regarding the new plan was published in November 2015, and was conducted in review with three agencies, the Minnesota Department of Natural Resources (MDNR), United States Army Corps of Engineers (USACE), and United States Forest Service (USFS). The FEIS says a lot (and should be read in full), but it does conclude that the proposal by PolyMet is acceptable.

It says of the cumulative affects in the area:

On this side of the equation sits the money and jobs to be made from the proposed mining site. In an article in MinnPost, Rolf Westgard says of the money that could be made for the state:

“The DEIS notes that federal, state, and local taxes from the project would total an estimated $80 million annually. During operations, wages and rents would be about $230 million per year, and $332 million would come from sale of the extracted minerals.

The state of Minnesota owns more than 6,000 acres in the region, and Minnesota’s schools could collect at least $2 billion in royalties in the coming decades if these new mining projects proceed.” 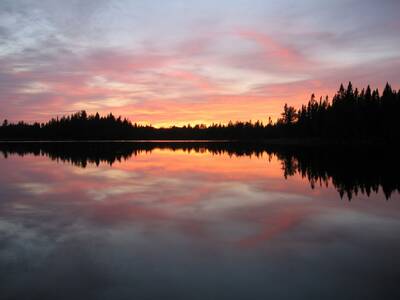 The Twin Metals project is another mining proposal, and though it hasn’t produced a formal proposal, its plan is even bigger than the PolyMet project. MPR News reports,

“‘We think it will be close to the largest underground mine in the U.S,’ Twin Metals spokesman Bob McFarlin said of the project, which would resemble a vast underground city. ‘You’ve got roads, lights, plumbing, electricity, air circulation — all those types of things that support an operation of 1,300 employees working underground in shifts, and moving a lot of material.’

The proposed site is largely underground, but is close to the town of Ely, Minnesota. This project has received as much (or more) blowback from the environmentalist community, as it is massive, closer to the actual Boundary Waters border, and poses a threat not only to the water of the area, but to the naturalist way of life in Ely.

Of course, no official mine can be conducted without approval from the government, so this battle has not even really started.

The FEIS report, which says that the environmental impact of the PolyMet mine would be minimal enough to continue with the project, does not put environmentalists in the area at ease. The Friends of the Boundary Waters Wilderness’ website contains a heap of information pointing out all that could go wrong.

The main concern, of course, is what if a mistake occurs? Theoretically, the environment will not be greatly affected as long as spilling, leakage, and plant malfunctions don’t happen. But human error and lax attitudes often create such circumstances, like the Animus River spill near Durango, Colorado in August of 2015. Or, to put it in a bigger context, the massive oil spill off the Gulf Coast in 2010 and the more recent Refugio Oil Spill in 2015. 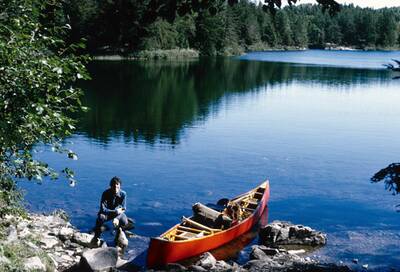 It’s a matter of the future for many of these environmental organizations and people. What happens to the mines in fifty years? What happens with the over 500 years worth of polluted water from the proposed plant that will need treatment?

And, of course, what if our scientific studies are not accurate, and the historically dangerous sulfide mining process does more damage than previously thought possible?

You can join the petition to Save the Boundary Waters, or donate to the cause. There are many issues that involved such commercial and naturalist efforts, but we find the preservation of the Boundary Waters to be important and substantial.