Backpackers.com — At times, it seems there are an endless number of breathtaking and strange animals on this planet. The job of the nature photographer is to capture them in a beautiful still or video, showing the rest of the world the majesty of such creatures. One such animal is the white moose.

There are plenty of articles about white moose and “albino moose,” but their origins are hard to pinpoint and track. The white moose pictured below is a normal moose with a white coat (according to the filmmaker), similar to the Spirit Bear found in British Columbia.

White moose have been spotted all over the world, but one nature photographer, Lasse Dybdahl, has made a habit of sighting them in the forests of Norway and Sweden. In fact, he knows where a specifc group tend to hang out, and camps there in order to take stunning photos and videos. See his video of a single white moose below, set to appropriately epic music. It follows the same white moose over a year, and includes still images and live footage.

We got in touch with Lasse to get the full story behind this majestic video and animal, to learn more about his process as a nature photographer, and to spread the nature-inspiring love. See our interview below.

Backpackers: How long have you been a nature photographer?

Lasse Dybdahl: I have been a nature photographer since I was 14-15 years old and got my first camera (Minolta). When I started to work as a fireman in 1978 I got a lot of spare time. I was working shifts and had the ability to go out in morning to take pictures. Since then I have been out in nature almost every day. 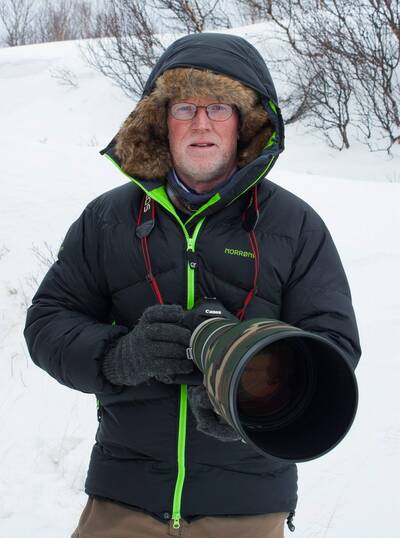 Backpackers: Have you been to other parts of the world for photography and film, or is your career centered in Sweden?

Backpackers: What gear do you use for photos and video?

Lasse: I use Canon cameras and Canon lenses. I have a Canon 1D Mark III and a Canon 7D Mark II. When it comes to lenses I have from wide angel to 500mm. I always use a tripod (Gitzo and Wimberley tripod head).

Backpackers: What part of Sweden (forest or elsewhere) did you find the white moose in the video? Did you go out with the intention of finding and filming the moose, or were you surprised to find it?

Lasse: I find the white moose at the border between Norway and Sweden. I don’t want to reveal the exact location. I want the moose to live in peace. I have received a lot of requests from photographers around the world about this. I had heard some rumors about white moose here, so I spent several days trying to locate [them]. I spent many hours in my tent trying to find it. Most of the time I went home empty-handed. 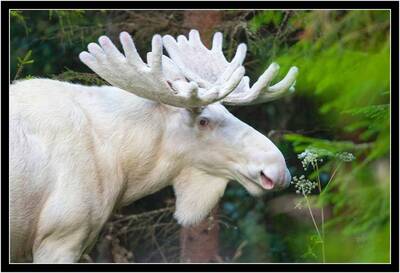 Backpackers: You have a number of other white moose pictures on your website. How often do you see them?

Lasse: All the pictures I have on my website of the white moose is the same moose. I [have] followed this moose from 2014 to now. I don’t see the moose too often, but now I know where to look. I have [also] seen two white moose at the same time.

Backpackers: Do you know why they are white, or anything about them that is different from other moose?

Lasse: The moose are not albino. They don’t have red eyes. I’ve been told that they are white because [of] something genetic.

Backpackers: Can you talk some about your experience filming them? What techniques or methods do you use to get close enough to film them without disturbing or alerting?

Lasse: It has been very difficult taking pictures and filming them. There have been several times when they have been frightened and run away. I will guess I have been out there 30 times. It takes about three hours to drive each way from Oslo. So I have spent a lot of time trying to capture this on film. I always use [a] tripod when I’m filming and taking pictures. I go out before sunrise and sit still (hidden) for several hours waiting for the moose to come by. I have an Ameristep tent I use to hide in.

Backpackers: Halfway through the film you say “one year later” — how do you know this is the same moose? Do you know why they change the color of the coat?

Lasse: I know it is the same moose because I’ve been tracking it for 2 years and I recognize it from time to time. This year his antlers were much bigger and more majestic than the year before. Last year he had 17 tags, this year he had 19 tags. The change in the coat is due to dirt and a winter coat.

Backpackers: What are some of your favorite animals to photograph and film, other than the white moose?

Lasse: Musk ox and arctic fox are some of my favorite animals to photograph. I also take a lot of pictures of birds. Im going to Dovrefjell National Park in March to try to capture Musk Ox in a winter landscape. 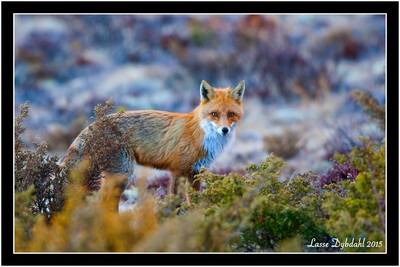 Backpackers: Any other words on the experience, or reception you’ve received from the video?

It’s easy to see why. The white moose film is beautiful, as is the rest of Lasse Dybdahl’s work. You can find many of his photographs on his website, and follow him on Facebook. It’s not every day you see a white moose — thankfully, Lasse captured it for the world.