If the words bat house kit don’t immediately ignite joy, you might be doing your house-in-the-woods thing wrong. BatBnB, a brand that is aptly named to provide exactly what you think it does, has created pre-assembled bat houses that not only help to build a colony of small winged creatures, but will seriously reduce the mosquitos and pests in your area. 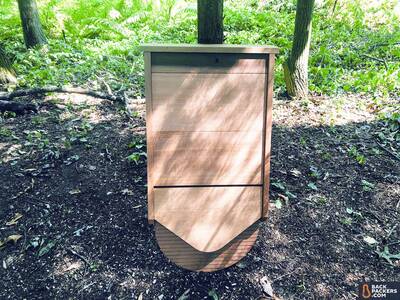 What does this mean? Way less mosquitos. Which equals way more time sitting out at dusk, and well past dusk, to enjoy nature.

The BatBnB Cascade is the model we recommend for anyone who wants a small-ish colony of bats. The box arrives pre-assembled with mounting hardware in a simple, elegant design that will basically be out of your way (and the bats out of your hair) the moment you affix it to the side of the house. 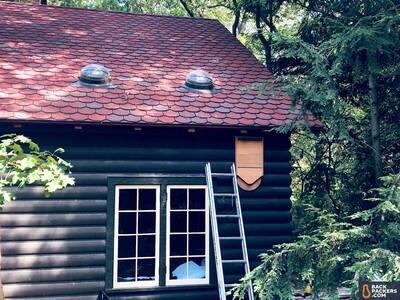 The BatBnB Cascade is sleek and ready to house a colony of bats.

If you have a place to affix it and the mosquitos are keeping you inside at dusk, check out the BatBnB Cascade and the range of other bat house kits.

Unique Features of the BatBnB Cascade

BatBnB has worked hard to create a product that helps bats find a forever home. The Cascade and other BatBnB bat bouses were designed with bat ecologist and conservationist Merlin Tuttle to create the ideal living space for the little creatures.

The details are hidden inside a narrow passageway that can only fit bats en route, but know that the Cascade has a landing pad for incoming bats, air vents to help with temperature regulation, and interior grooves for bats to hang easily. 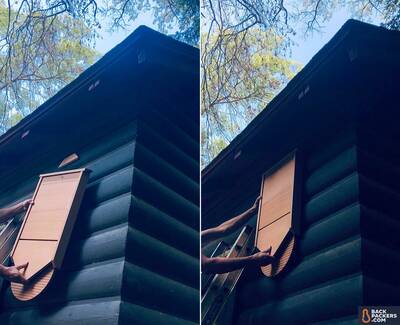 Hanging the Cascade. Note the slim opening along the bottom, suitable only for bats.

The goal here is to attract the colony of bats quickly so that your pest population falls sharply. Not only will this help your ecosystem to thrive, but it’ll allow you plenty of outside time. Camping at home, which otherwise might be incredibly buggy and uncomfortable, gets significantly easier when there are less pests flying about.

Much like birders, bat lovers are dedicated to their winged creatures and the good they do in the world. BatBnB is committed to this community. The brand has robust information online (and via pamphlet) that will help you get to know these new furry creatures and just how they are helping your land. 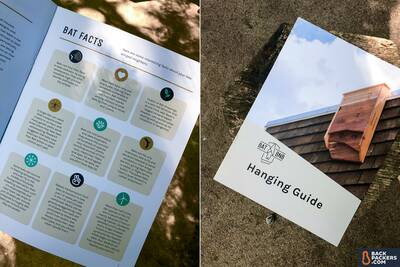 Bat facts and a hanging guide bring you into the community.

They will pollinate the plants on your land, fertilize the soil, and eat mosquitos and other insects. There’s a world of information if you’re keen on learning — and of course you can just affix the bat house kit to your structure and leave it relatively alone.

Finally, for those that fear bats, or don’t see how creating a home for them can be beneficial, we urge you to reconsider. More than half the bat species in the U.S. are in decline, and giving them a home will help the overall ecosystem.

BatBnB is a leader in fully assembled bat house kits, which are made in the USA with the help of a bat ecologist. They provide simple, effective homes for bats.

See the Cascade, and learn more about BatBnB.

This article is sponsored by BatBNB.