Backpackers.com — On May 5, 2016, Big Outdoors went live. The site is an online retailer for backpacking gear, but before you roll your eyes about another entry in the crowded retail marketplace, know that Big Outdoors is different. While most companies focus on big name brands and extreme deals, Big Outdoors only highlights a few manufacturers and a few pieces of gear for every season. Think of it as a curated selection of gear that offers clear and simple choices.

The other major difference in Big Outdoors’ approach: they highlight cottage gear and small manufacturers. All of the featured brands on the website are small businesses operating in the outdoor industry, and many of them fall into the cottage gear category. For those that don’t know, cottage gear is often a 1-10 person team assembling unique, custom gear for the backcountry. This was a specific decision by co-founder Lloyd Vogel, who has spent 9 months building this project up from the ground. It makes Big Outdoors the only cottage gear online retailer in the business.

We got interviewed Lloyd to get the full perspective on Big Outdoors. Read below to see what it takes to start a backpacking retail company, how Big Outdoors stands alongside other retailers, and the deep philosophy that drives the website and the cottage gear industry in general.

Backpackers: What is your experience in the outdoor world, why did you decide to launch a new retailer, and what was the process?

Lloyd: It started about 9 months ago. My background is in guiding kayaking and backpacking trips. [I’ve] done that for the last 10 years or so and I always considered myself a bit of a gear head. I got this idea while I was at a craft show out in San Francisco; I was on a two-month long road trip bouncing between different hiking trips.

We ended up showing up [to the craft show] on a Saturday, which was when stores come to look at these small brands and decide if they want to purchase them to feature in their stores. Sunday was the day where regular people come and buy stuff on an individual basis. We didn’t get that memo. All these different vendors were asking us if we owned a store. We did not.

It got me thinking about how cool it would be to run a store where you feature products that you were really passionate about and interested in. I knew way too much about gear already, so that started off a whole bunch of research in smaller companies. That opened up the underbelly all these cottage gear companies. I was familiar with some of them, but the depth and the breadth of the outdoor industry was something I did not fully appreciate until I started to delve into it. 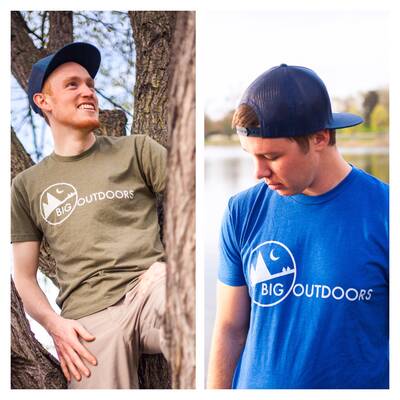 Backpackers: How has reception been since the launch? Are people engaged and interested?

Lloyd: Yeah, definitely. We’ve had fairly consistent sales so far. It’s one of those things where it’s difficult to tell…we don’t have a set metric that says “you’ll be successful as a company when you hit x sales.” Right now we’re just rolling with it. [Our orders] seem pretty good so far.

Lloyd: We inventory everything [from the manufacturer] except for the pants because of size differences. Everything else we inventory ourselves. For most of our companies that means buying up front at wholesale prices, like Roscoe Outdoor or Bambool or Duckworth. But for a lot of our smaller companies, we’re actually taking them at a lot less than wholesale. For As Tucas or Wilderness Logics, we’re looking at 15-22% profit margins.

If we were a bigger company we wouldn’t even consider it, which is the reason why nobody features those products. It’s financially edgy. If you buy ten top quilts and sell nine of them, you’re still not turning a profit. It’s a tricky thing for people to want to do. But we’re operating at this point on a relatively small scale, and we’re comfortable assuming that risk. We’re confident we’re going to move this product, and we’re the only ones taking this risk.

Backpackers: Many of the products you are offer aren’t discounted at all, or very heavily. Why should people buy from Big Outdoors when they can buy directly from the companies themselves?

Lloyd: That’s a very valid point. For some of the products we sell, you can’t find them anywhere else. They are international companies that don’t distribute in the U.S., anywhere except through Big Outdoors. That’s a nice niche market we’re enjoying right now.

The other thing is that if you don’t know the companies exist in the first palce, you won’t go to their website. Hopefully Big Outdoors can bring some exposure to these companies. If they end up buying products on the company’s website, [oh well], that happens. That happens to any company. Hopefully we’ll be able to create a community and loyalty where people decide to to buy from Big Outdoors instead of somewhere else.

Lastly, cottage industry vendors take a long time to ship products. Let’s say you want to buy a down quilt or rain coat, sometimes those production times are between 4-6 weeks. Big Outdoors has everything in stock, so if you want a down jacket and want it now, we can have it shipped to you tomorrow. That’s a big selling point. We’ve gotten a lot of orders from people who don’t want to wait a month and a half to get their order.

Backpackers: How much do you work with these companies? Is there a lot of collaboration?

Lloyd: It depends. Some of the companies we’ve in close contact for months. As Tucas is just some dude who lives in Spain and makes wool pullovers. He does it all custom, hand-stitched. It takes a while. So we’ve been in close contact with him because we have to order something specific from him. Another company, Ternua, outsells The North Face in Spain. But nobody’s ever heard of it [in the U.S.]. So for them it was pretty black and white. I met with some of their sale reps at Outdoor Retailer, they gave me an order sheet, a couple weeks later I submitted it and they shipped the product.

[Working with companies] is one of the most enjoyable parts of the job. Having those connections with the companies and being able to do cross promotions. You see the same sales reps at every outdoor show. We’ve been working a lot with Woolpower, we’re going to do giveaways with Loki, and have been working with CloudLine on social media.

Backpackers: Are there any competitors similar to what you’re doing?

Lloyd: Sure. There are two other company’s that I guess I’d consider competitors. This company called HuckBerry features lesser known companies as well, but they very much do lifestyle apparel. We product overlap with them a little bit.

The other one most directly related to us is Garage Grown Gear. Their take is a little different. They feature outdoorsy startups, so they’re looking at companies that are more recently making their gear. I don’t care if a company is a startup or not. I’m just looking for products that are difficult to find that have interesting stories. Garage Grown Gear also won’t touch cottage gear vendors. We overlap in some of our products, but not a ton.

I don’t mean to hate on that [lifestyle gear], it’s just note our niche. [Our philosophy] is, if you’re a seasoned outdoorsman and you know a lot about the outdoors, you can go to our site and know there’s quality products on there. Inversely, if you know very little about the outdoors and just need some stuff you know will be good, you can go to Big Outdoors and find a couple options that will work. 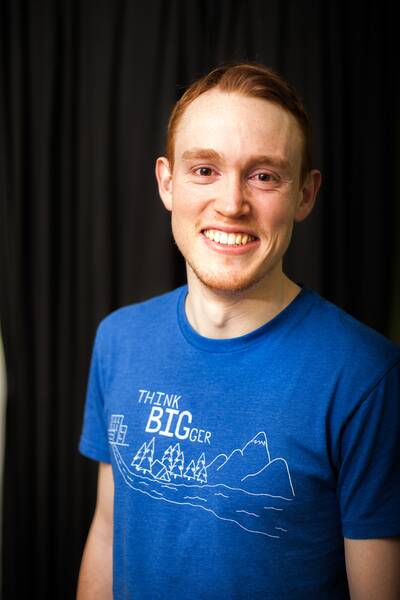 Realistcally, when you go to REI or Backcountry or MooseJaw, you’ve got thousands of options. Unless you’re an incredibly informed shopper who is able to cross reference materials, functions, and formats, you’re purchasing based on brands and how much it costs. If you’re a savvy enough shopper to be able to differentiate between those products, you probably already know what you want anyway. People aren’t looking for a million options, they’re looking for a couple really good options. That’s what we hope to provide — a couple great options you can take climbing, backpacking, canoeing, kayaking, wherever you’ll be in the wilderness.

[Also], I don’t see Big Outside as any kind of competition with big box stores like Backcountry. They feature great products like Patagonia, Marmot, Mountain Hardwear, and North Face. They all make good stuff, they just don’t interest me as companies. So many of these smaller companies are still living and creating their stories, still in the process of evolving and figuring out their identity in the outdoor industry. And that to me is intriguing. That is why I wanted to start Big Outdoors, to help tell the stories of these companies and sell these products to people who might not know they exist.

Backpackers: How often will you update your featured collection and companies? Do you have a road map for that?

This is entirely self-funded. We didn’t do a Kickstarter or have private funders. That was intentional. We’re starting a company that’s selling other people’s gear, so I didn’t feel comfortable asking for money to do that, it didn’t seem genuine.

We’re hoping to have our collections run on a seasonal cycle. We have our summer line now, and in the fall, if we’ve managed our inventory perfectly, we’ll sell completely out by then. Realistically, though, base layers that are good for the summer are also great for fall, same with mid layers. We’ll move more heavily into the jackets and mid layers, and we’ll phase out some of the products that don’t sell as well. 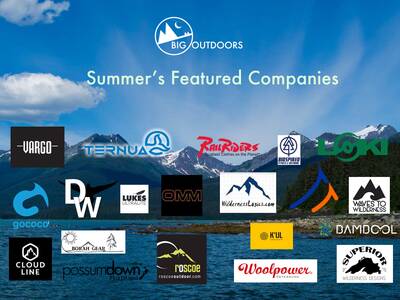 We’re going to run our summer collection into October. It will probably stay exactly the same as it is now. We might introduce something if it jumps up and we can feature it. We’ll have a fall line, a winter line, and a brief spring line, then going back into summer [of 2017].

Backpackers: How do you end up finding the brands you want to work with?

Lloyd: Honestly, a lot of comes from cruising the shit out of blogs. SectionHiker has a fantastic list of cottage industry vendors. That was a good starting place for me in terms of acclimating myself to what the industry is comprised of. [After that], honestly, it was cold calling. It was awkward at first, because I was the founder of a company that didn’t exist and had no name recognition. To get this thing started we cold called and said, ‘Hey I want to start this company, would you be on board with me featuring these products?’

At the end of the day if you place an order they’ll create stuff for you. For them it’s pretty low risk. You pay them money, they create products. If you do something well with it, they benefit. If you don’t, they just sold product to you.

It’s an idea that has never really come to fruition before. Nobody has tried to connect all these cottage industry vendors and smaller vendors under one roof. We’ll see if the model works. Maybe someone smarter than me knows that it won’t work. But all I can do is feel hopeful about it.

It’s a valiant effort indeed, and one that we feel hopeful about as well. If you’re looking for close and personal connections with Big Outdoors and their roster of small businesses and cottage gear companies, check out the website and connect with their social feeds via Instagram or Facebook.