HomeBlogWatch Only The Essential A Pacific Crest Trail Documentary Interview

Backpackers.com — The Pacific Crest Trail is a 2,659 mile contiguous trail that runs from Mexico to Canada along the West Coast of the U.S., crossing through California, Oregon, and Washington. It is one of the Triple Crown trails — the other two are the Appalachian Trail and Continental Divide Trail. Many people have hiked some section of the PCT, but only the seriously dedicated have thru-hiked the entire thing in one go.

The only true way to experience the majesty of this is to hike it. But there are plenty of ways to live vicariously through those who have trekked the PCT. Books are one resource, but film is one of the best. There’s nothing like seeing the adventure first-hand. 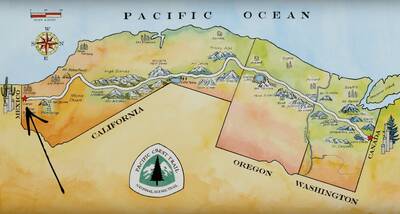 “Only The Essential” is such a film. Created by Casey Gannon and Colin Arisman, produced by Wild Confluence Films, “Only the Essential” tells the tale of two men’s trek along the PCT. It was filmed entirely on trail, by these two men and other hikers, and assembled as a film after the hike was completed. The film is chronoligcal, starting with their flight to California, documenting each step along the way. Over the beautiful footage is insightful narration by Colin, which guides us through the physical and mental rigor of this challenge.

We got in touch with Luke Kantola of Wild Confluence films via email, a cameraman and thru-hiker who helped to make the film. The short interview about “Only the Essential” is below, as is the film. We’ll warn you now: the film is 50 minutes long, and has a tendency to suck the viewer right in. So cue this one up for an inspirational evening.

Interview with Luke Kantola of Wild Confluence, “Only The Essential”

Backpackers: The film focused on Casey and Colin hiking the PCT. While a number of trail friends were in the video, these were the two “characters,” with Colin as the lead. You say you were a cameraman and hiker on the project … how many people participated in making this film? How much manpower does it take to make something like this? Especially as it’s “made entirely by hikers without support crew.” Can you explain the process during, and then after the hike?

Luke: In total it was a pretty sparse crew. Really, Colin and Casey needed someone to be able to film both of them together to make the finished product more cohesive. I think it ended up being like 4 people who operated cameras and those same people were doing audio as well.

There is a vast network of support for hikers on the PCT, but there was no special support for our film crew. We were primarily hikers, and secondarily we were filmmakers. The PCT is so demanding that it would be very difficult to prioritize filmmaking over the actual act of hiking the trail. I believe that having the entire film crew completely immersed in the hiking experience was a huge benefit to the authenticity of the film. Often times the downside to the fully-immersed crew can be that the quality of the film suffers, and while I made a lot of mistakes I will never make again with the film equipment, I think we did a pretty good job of keeping the quality up. 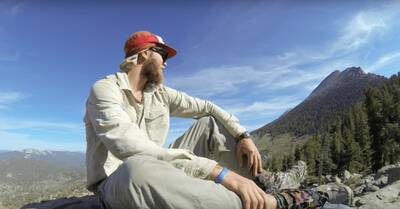 The process was pretty relaxed. Colin and Casey would send out our memory cards at certain stops along the way and get new ones in the mail. That was about all the maintenance work that was going on during the filming process besides keeping batteries charged in town.

Backpackers: The entire documentary is free on YouTube. Can you talk about Wild Confluence’s decision to make it free?

Luke: “Only the Essential” is streaming free on YouTube because while preparing to hike the PCT we all spent countless hours watching content to get inspired about the journey. It only made sense to pay this forward by giving our, hopefully, inspirational film out for free. It’s a film made to inspire outdoor adventure, and specifically I see it as a powerful catalyst to help others get out and hike the PCT if that is their goal. 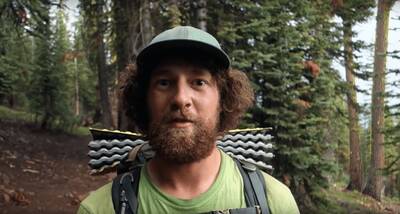 Backpackers: Wild Confluence received a lot awards and attention for this film. What has that been like? What has changed for you as filmmakers and backpackers due to this? What are you working on now? What would you like to work on in the future?

Luke: Winning Best Picture at Maine Outdoor Film Festival was a big affirmation that the film was on the right track. I think it definitely inspires confidence in our creative direction and it has opened doors to create more projects. We are cooking up some more projects at Wild Confluence that will hopefully be coming out in the winter. I would love to give more details, but I will say that a long distance bike-packing film is in the works, as well as an epic packrafting trip in Alaska. 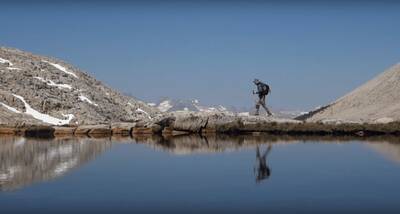 Backpackers: Do you have an opinion on other PCT trail documentaries? Some favorites? Some inspirational ones?

Luke: Every little bit of film from the PCT has some grain of authenticity to it. I love seeing YouTube videos about people’s experiences. For a longer film I would watch “Tell It on the Mountain.”

[But] there is no film that will quench someone’s thirst for the PCT. The only way to do that is to get out there and hike; I think that is so important in our world that is inundated with media. If you keep watching content and you keep wanting more it’s because the media is only a fragment of the real experience.