Unless you’ve been off the grid for about a decade, you’re probably well aware that electric bikes are becoming quite popular. Not only do they help to make cycling more accessible for those who may struggle to ride a push bike, but they also provide an eco-friendly alternative to cars, increase the mileage riders can cover, the overall speed for most cyclists, and can be cost-effective in the when compared to other methods of transport. 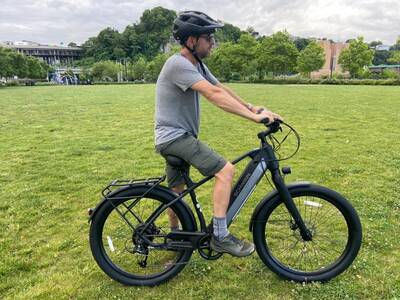 There are many types of e-bikes on the market now with varying ranges, assists, and styles. With a reputation for producing some of the coolest cruisers on American roads, it’s no surprise that Schwinn’s contribution to the e-bike scene is nothing short of sexy. You may think sexy is not a term that is generally used for e-bikes, but trust us, it’s the right word for the Schwinn Coston DX Electric Bike. 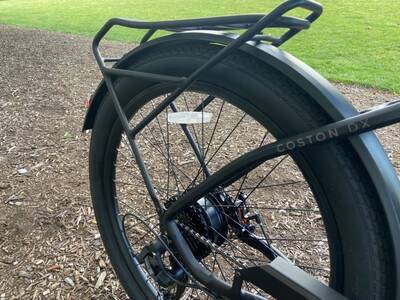 Multiple accessories are included with purchase.

The Schwinn Coston DX has all the functions one would want in a top-of-the-line Class II electric bike; good range, speed, and charge time, but it also has some seriously smooth additions that boost it to the next level, making it well worth the investment.

Beyond hitting the necessary e-bike specs of good range, quick charge time, and a nice speed boost, the Coston DX has some other sweet perks.

The LED Frame light is an ingenious addition that, when combined with the headlight and taillight, makes this bike incredibly visible on the road and provides the rider with superb night vision. There’s no fear of forgetting your accessory lights or being stuck out on the road in the dark on this bike. 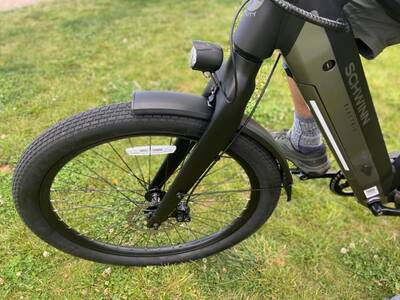 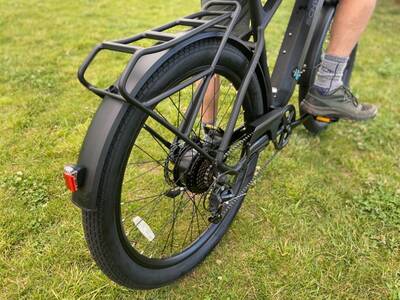 Additionally, the Schwinn Coston DX is made to carry that cargo. The rear rack is a helpful addition for any rider wanting to avoid the back pain and sweat of cycling many miles with a heavy backpack strapped to their shoulders. Perhaps the coolest bit on this bike is actually the secret storage compartment underneath the seat. It can easily accommodate a phone, keys, or any other important item you may wish to keep safe in a stealthy location. 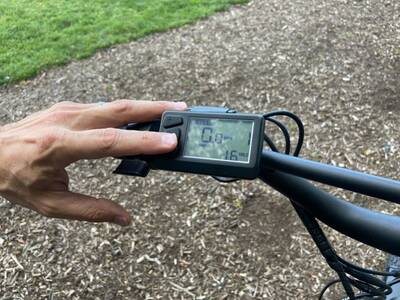 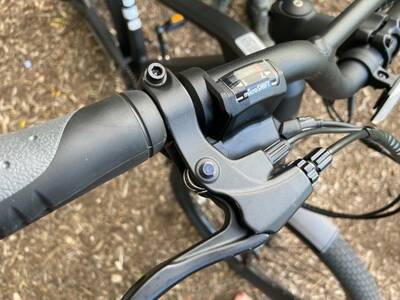 It has to be mentioned that aesthetically, this e-bike is easy on the eyes. Schwinn does not disappoint in the style game, per usual. The frame is sleek as can be, in both the available step-through and step-over frames, which are available in 4 inviting colors. Hard to beat the dazzling emerald green—though they all look good. 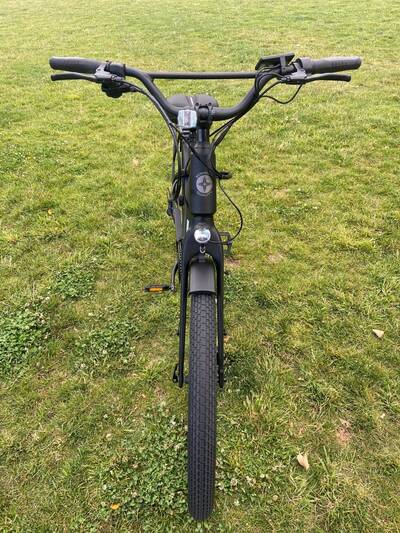 A stand-out feature of this e-bike is that the handlebars are raised higher than your average push-bike, allowing the rider to have an upright position. This feature greatly increases the comfort and ease of riding any distance. Add in the wider hybrid tires, which smoothly mask the bumps and allow for some off-roading, the decently lightweight aluminum frame, and some juice from the throttle, and you are sitting pretty for one comfortable ride. 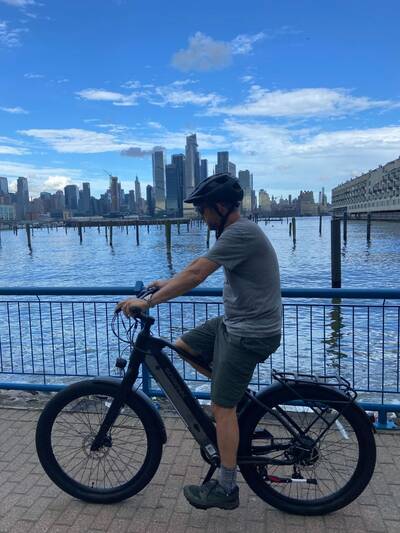 The Coston DX also comes outfitted with fenders that blend seamlessly with the design and will prevent nasty splash back on wet days. There isn’t much Schwinn hasn’t thought of when it comes to the Coston DX. 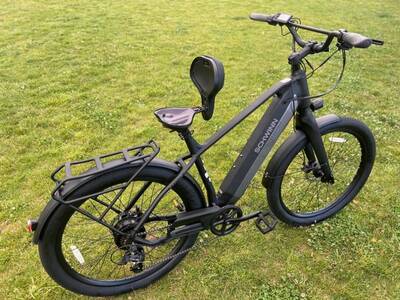 How the Schwinn Coston DX 27.5 Electric Bike Compares to other E-bikes

There are many, many electric bicycles on the market. You could compare and contrast models for days on end, but here are a few top competitors to give you a good idea of what’s available.

The Charge XC is an award-winning e-bike, and the Schwinn Coston DX matches or exceeds many of the specs and features offered by the XC. The bikes are quite similar, though the XC has a touch more off-road focus, while the DX has better on-road tires and performance. The kicker, though, is that the Charge XC is much more expensive, about $600 more than the Schwinn Coston DX. For our dollar, the choice is clear.

The Priority Current is bigger than the Schwinn Coston DX in several ways — it has a bigger motor, a bigger battery, and a higher top speed, but it also has a much bigger price tag, over $1000 more. That said, despite all of those “bigger” features, its electric range is similar to that of the Schwinn Coston DX. So why spend so much more? Stick with the Schwinn.

The Prodigy Ride1UP compares well against the Schwinn Coston DX on the surface, but when you peer deeper, you’ll discover where it is lacking. To start with, the Ride1UP is only available in a single size, limiting who can comfortably ride it right off the bat. Secondly, its equipped with thin touring tires, which is great if you have exceptionally long road distances to travel, but if you bike over anything except exceptionally smooth pavement, you’re going to want a hardier tire. And lastly, the warranty isn’t lifetime like with the Schwinn — the Prodigy Ride1UP only has a 1-year warranty.

Schwinn has been the definitive bike brand in America for over 100 years. While you’ve likely cruised on one of their single speeds in your lifetime, or spared a nostalgic thought or two to the OG banana seat, don’t mistake Schwinn for all looks and no substance. While they don’t skimp on the style, Schwinn makes some seriously high-quality performance bicycles. 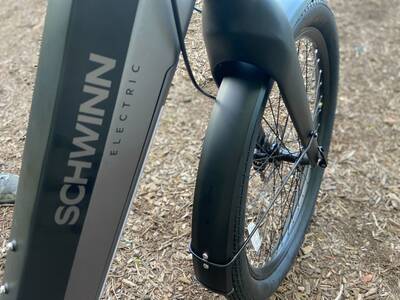 For more information about electric bikes, see our introduction to e-bikes.

Backpackers.com Affiliate Policy: This article may contain affiliate links, which help fund our website. When you click on the links to purchase the gear we get a commission, and this goes a long way to creating guides, gear reviews, and other excellent content.

Fi is a writer, composer, songwriter, and outdoor enthusiast living in Scotland.

3 responses to “Schwinn Coston DX Electric Bike: Every Ride is an Adventure”